George Forster was executed for murder in 1803. Later that same day his corpse was dancing, thanks to Luigi Galvani’s nephew.

For more than 1700 years, mithridate and theriac were Europe’s ultimate medicines. A concoction of up to sixty-four ingredients – including cinnamon, turpentine, and poppy – they were supposed to neutralise any poison or plague.

Consider a medical test for a disease suffered by 1% of the population, which has a 5% “false positive” error rate. If you test positive, what are the chances that you are actually ill? In fact, it’s less than 17%.

Close your eyes and picture a bicycle. For some people, this is impossible.

India prevented people patenting their foods, traditional medicines, and yoga poses by recording them all in an online database: 34 million pages’ worth.

The real touch of death

Chinese wuxia (and derivative Western) fiction describes the touch of death, a single blow that can kill an opponent. Surprisingly, this is actually possible.

Without ultrasound, how do you know whether a fetus in utero is facing the right way? You use Leopold’s manoeuvres.

Queen Alexandra had a scar and a limp – and British fashion followed suit. 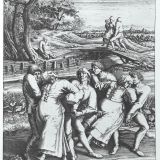 Sudden bouts of contagious dancing plagued pre-modern Europe – afflicting up to a thousand people at a time.

The town of no appendices

Before you move into Villa Las Estrellas you must have your appendix removed. 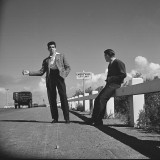 A mutated gene that improves reproductive success spreads widely – this is one of the principles of evolution. But sometimes other genes come along for the ride.

As part of a secret government project begun in 1967, the Chinese scientist Tu Youyou discovered an ancient herbal remedy that would end up saving millions of lives. 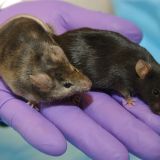 How do you work out the function of a specific gene? Knock them out one by one and see what happens.

You can’t die from lack of sleep. Except when a genetic mutation prevents you from sleeping at all.