The Arabic word Wasat (or Wasatiyyah) refers to the Islamic concept of moderation, described as “best, middle, centred, balanced.” The concept is described in multiple passages in the Quran and Ḥadīth.

New Zealand had no private radio stations in the early 1960s. The government monopoly was broken by a “pirate” radio station, Radio Hauraki, which broadcast from an old boat anchored in international waters in the Hauraki Gulf.

The most beautiful words

What is the most beautiful noun phrase in English? Cellar door is the favourite of many famous writers, including Dorothy Parker, J. R. R. Tolkien, and C. S. Lewis. But no-one is quite sure who said it first.

Samuel Beckett’s famous play Waiting for Godot attracts famous actors who want to do something interesting on stage, and this has led to some powerful pairings. Mel Gibson and Geoffrey Rush. Ian McKellen and Patrick Stewart. Nathan Lane and John Goodman. But perhaps the most star-studded cast happened in 1988.

Hopping insects have to coordinate their legs carefully. If they push off with one leg before the other they may literally spiral out of control. So how does the issus coleoptratus planthopper nymph avoid this? With gears.

0.999… is the same number as 1. It’s counterintuitive, but mathematics says that it’s true. Whether you believe it or not is another matter.

You’re a Renaissance artist. You have a very limited range of paint colours. How do you make shadows that aren’t muddy or too dark? Easy: you paint the shadows in a different colour.

For most Westerners, stone circles begin and end with Stonehenge. But there are examples around the world, in Australia, Asia, and Africa too. In Senegal and The Gambia, there are around two thousand of these megalithic monuments.

The Salvation Army is a Protestant church modelled on pseudo-military lines. It was founded in Victorian London and often protested about the evils of alcohol. And another army arose to fight them.

The parent of all life

Evolutionary biology hypothesizes the existence of a single form of life that is the ancestor of all life currently on Earth: the last universal common ancestor (LUCA).

In the officers’ room of a ship of the British Royal Navy, there are seven traditional toasts for the midday meal, one for each day of the week.

When most people think of jazz they don’t think of the harp. But in the 1960s and 70s Alice Coltrane recorded two dozen albums of jazz with the harp in a central role. 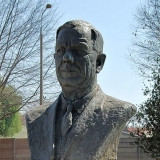 In 1966, the sixth Prime Minister of South Africa was stabbed to death inside the House of Assembly.

Whenever a villain appeared on the old Batman TV series, the scene was not level, but was shot on an angle, as if the viewer’s head is tilted to the side. The term for this is a “Dutch angle” – and it has nothing to do with the Dutch. 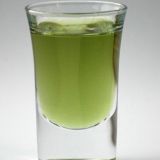 According to tradition (in other words, this is probably not true, but it’s a fun story), a military marshal in the court of Henry IV of France presented some Carthusian monks with an alchemical manuscript for an elixir of long life. You can still buy the resulting concoction today.