For a period of about four thousand years, during the Neolithic Subpluvial, the Sahara was green. Rivers, lakes, trees, savanna, and pre-historic societies flourished in this wet period. 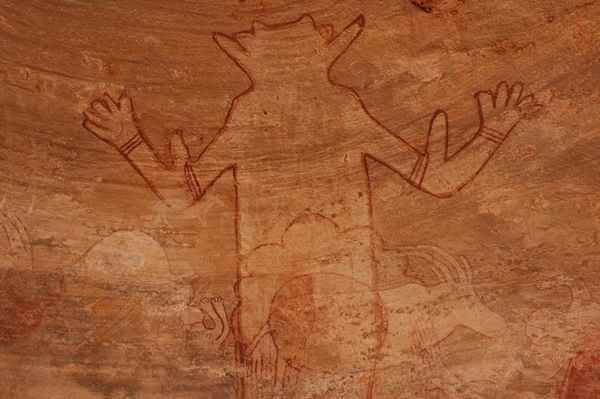 The Neolithic Subpluvial was part of what is termed the African humid period – essentially, Africa was a lot wetter than before or after.  Take, for example, the Tamanrasset River, which ran across Western Africa and met the Atlantic somewhere around present day Mauritania. It was a massive paleoriver (great term, by the way), comparable to the Ganges basin now. The rock art from southern Algeria – in what is now the Tassili n’Ajjer national park – is both extensive and impressive.

It’s thought that the disappearance of the Green Sahara contributed to the human migration to the Nile and Mesopotamian regions – and so to the rise of modern civilisation!