Trees first evolved some time in the Devonian and Carboniferous periods. Before trees, the largest organisms on land were Prototaxites. A metre wide, eight metres high … and a fungus. 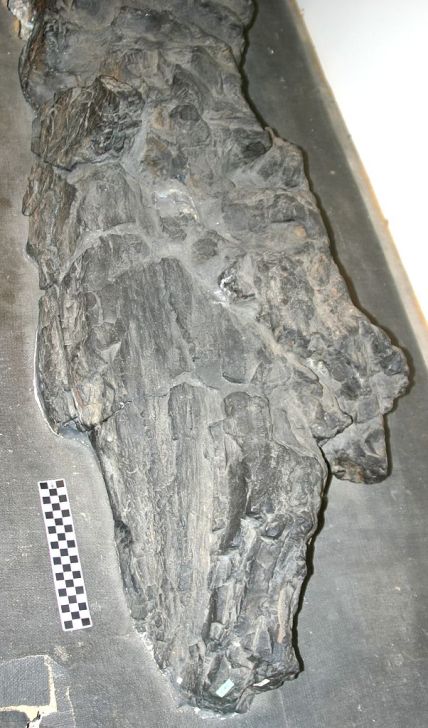 Well, we think they were a fungus. They certainly look like one: tubes and filaments woven around each other, gradually adding layers like a tree trunk as they aged. There’s some evidence that they may have also included symbiotic algae, which would have made them effectively a kind of giant lichen. Some researchers have theorised that they may have had roots and leaves, but the evidence isn’t here yet to confirm those possibilities.