The portable vacuum cleaner Dustbuster was built on the back of technology for the moon landings. 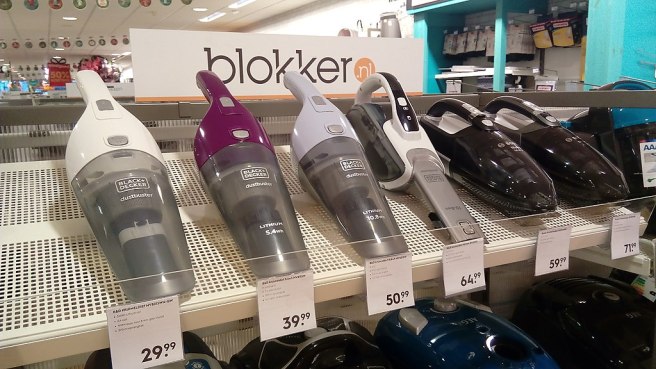 Many of the technological developments of the 20th century came about as a direct or indirect result of the space programme. NASA has a whole website (NASA Spinoff) dedicated to charting them. Amongst the more surprising technologies: dust busting.

NASA had a problem: they wanted to sample lunar rock and soil. It was easy enough to pick up the surface soil, but they also wanted to drill down into the crust. What they needed was a drill that was lightweight, portable, and self-powered. Black and Decker helped them design that drill. In doing so, they found ways to improve the motor and optimise power use that made portable tools viable in the marketplace.

In 1974, Black and Decker released a whole set of portable power tools that could run off a rechargeable modular battery: the Mod 4 series. It included a drill, a hedge trimmer, and a mini-vacuum. And it was an absolute failure.

Most of the tools were just unpopular and underused. But market research noted that the vacuum – which they had intended to be used in the workshop – was actually being used in the kitchen and dining room instead. A quick piece of “a mini-vacuum for the ladies” rebranding ensued, and the Dustbuster was a hit.