In 2005 a French helicopter pilot landed on top of Mount Everest. In 1972 another French pilot flew more than 12,000 metres up… and then his engine stopped. 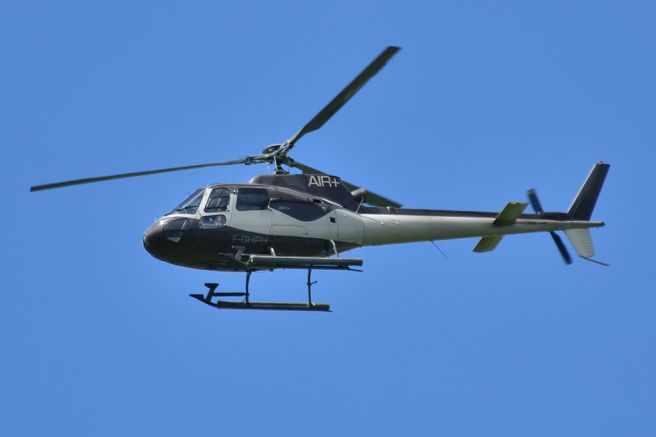 Helicopters aren’t especially safe to pilot at high altitude. The winds are fast and unpredictable; the air pressure is low so rotors don’t provide as much lift and require more power; there’s not as much oxygen in the air to power the engine. Nevertheless, in 2005 a French test pilot named Didier Delsalle flew a normal helicopter up Mount Everest.

When I say a normal helicopter I mean a Eurocopter AS350 Écureuil. It’s lightweight and can be made lighter by getting rid of the passenger seats; this is essential if you want to have enough fuel to get up the highest mountain in the world. The helicopter sat up there for under four minutes and then flew back down again. You can see a video of the flight and the landings below.

Note that this was not the highest helicopter flight ever. That title belongs to another French pilot named Jean Boulet. His flight is.. well, it’s something. In 1972 he flew a Aérospatiale SA 315B Lama 12,442 metres above sea level. And then, at the peak of the flight, the engine stopped and would not restart.

Now, I did not know this before today, but you don’t need an engine to fly a helicopter. The technical term is autorotation: you rely on air moving up the helicopter to keep the rotors turning – just enough to stop you from falling out of the sky. Apparently this is a standard part of helicopter pilot training.

Anyway, Boulet let the unpowered rotors rotate freely, and cruised his record-breaking helicopter back down to safety.