How do you work out the function of a specific gene? Knock them out one by one and see what happens. 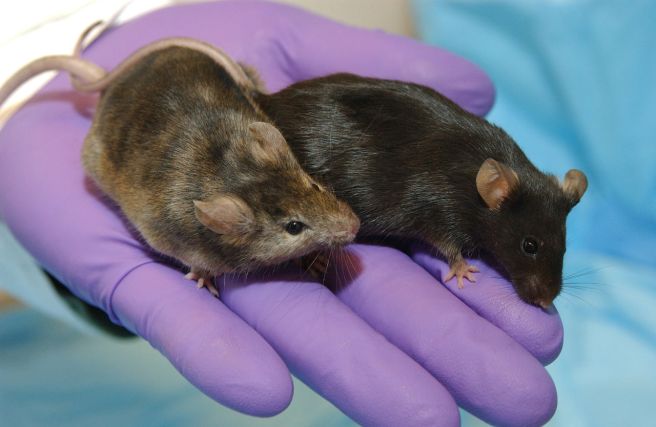 Sometimes the function of a specific gene is fairly obvious: people carrying a specific mutation of the Melanocortin 1 receptor (MC1R) gene are carriers for red hair, for example. But in many cases the connection between particular genes and changes in the resulting animal is less obvious. Since 1989, scientists have been using an ingenious technique to work out what genes may do: they’ve been switching them off one at a time.

As with much medical research, this is done primarily in mice. The mice are genetically altered to lack a specific gene. The gene is swapped out for one that is inert or confers resistance to a specific drug (so that cells can be selected by using that drug to kill off the non-knocked-out versions, I assume). The so-called “knockout” mice are bred in a lab. Any variations over standard mice – in their appearance, physiology, or behaviour – can therefore be attributed to that gene.

Take the FOXP2 gene. When little mice babies are separated from their mothers they let out an ultrasonic cry. Knockout mice without this gene don’t. From this we can infer that FOXP2 has something to do with language – and, in fact, birds for whom FOXP2 has been knocked out cannot seem to imitate the songs of other birds. Knockout bats have difficulties with echolocation. And in humans FOXP2 problems lead to speech deficits, which has led to FOXP2 being called the “language gene.” It’s a bit more complicated than that, of course – most physiological functions are the result of multiple genes working in concert – but the connection here is clear.

The picture of two mice above shows the effect of knocking out a hair growth gene (I couldn’t find out which gene, sorry). The International Mouse Phenotyping Consortium have been working their way through the entire mouse genome, trying to knock out every single gene so that we can get a more complete map of what each and every one does. I wonder if they have a knockout mouse catalogue? “Hi, it’s Diana here, can I get three FOXP2 mice and an MC1R too, for the kids? Great, thanks.”