Out of many, pesto

The United States motto, e pluribus unum, appears in several classical sources. In one of them, it’s part of a recipe for pesto. 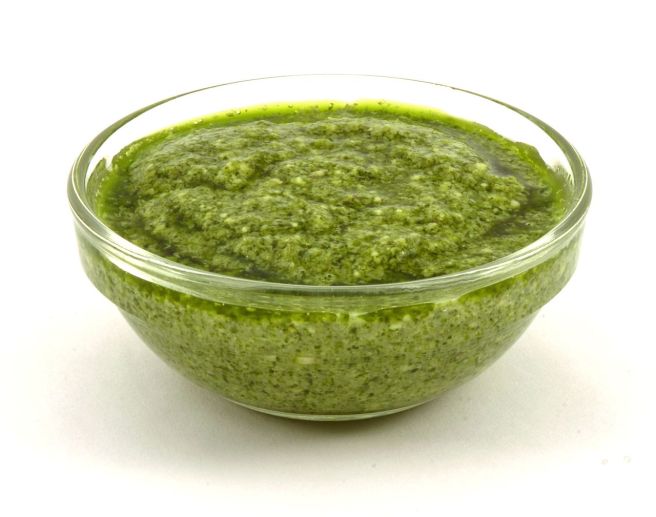 The sentiment of e pluribus unum is quite a nice one: “out of many, one,” or unity within diversity. It’s on the United States seal, and the seals of all the major branches of American government (President, Vice President, Congress, House of Representatives, Senate, Supreme Court) and also on every coin minted in the country since 1873.

Where did it come from? Well, its use by the country goes back as far as the country does, to the American Revolution; the seal bore the motto when it was designed in 1776. At the time the phrase appeared on the cover of the British periodical The Gentleman’s Magazine (incidentally, the first magazine to use the word “magazine”); it had also been used in the earlier and seminal The Gentleman’s Journal, or the Monthly Miscellany (perhaps the first non-specialist magazine), and it’s thought that the committee designing the seal took it from them.

But where did The Gentleman’s Journal get the Latin phrase from? People have attempted to find a classical source, and have turned up a few candidates. Most of them carry the sentiment behind the motto but aren’t too close in terms of the exact words. Cicero, paraphrasing Pythagoras, wrote the following:

That passage is about friendship and family. There’s an even better classical source for the motto, though. A recipe for making pesto.

The Appendix Vergiliana is a collection of minor 1st century AD poems spuriously linked to Virgil (author of the Aeneid). One of the poems, titled “Moretum,” describes a poor farmer mixing together ingredients to make a herby cheesy spread – a pesto, in other words:

His hand in circles move:
Till by degrees they one by one do lose
Their proper powers, and out of many comes
A single colour, not entirely green

So there you go, not only is it a powerful motto, it’s the end of a great recipe.

[Thanks to Legonium for drawing my attention to this topic.]