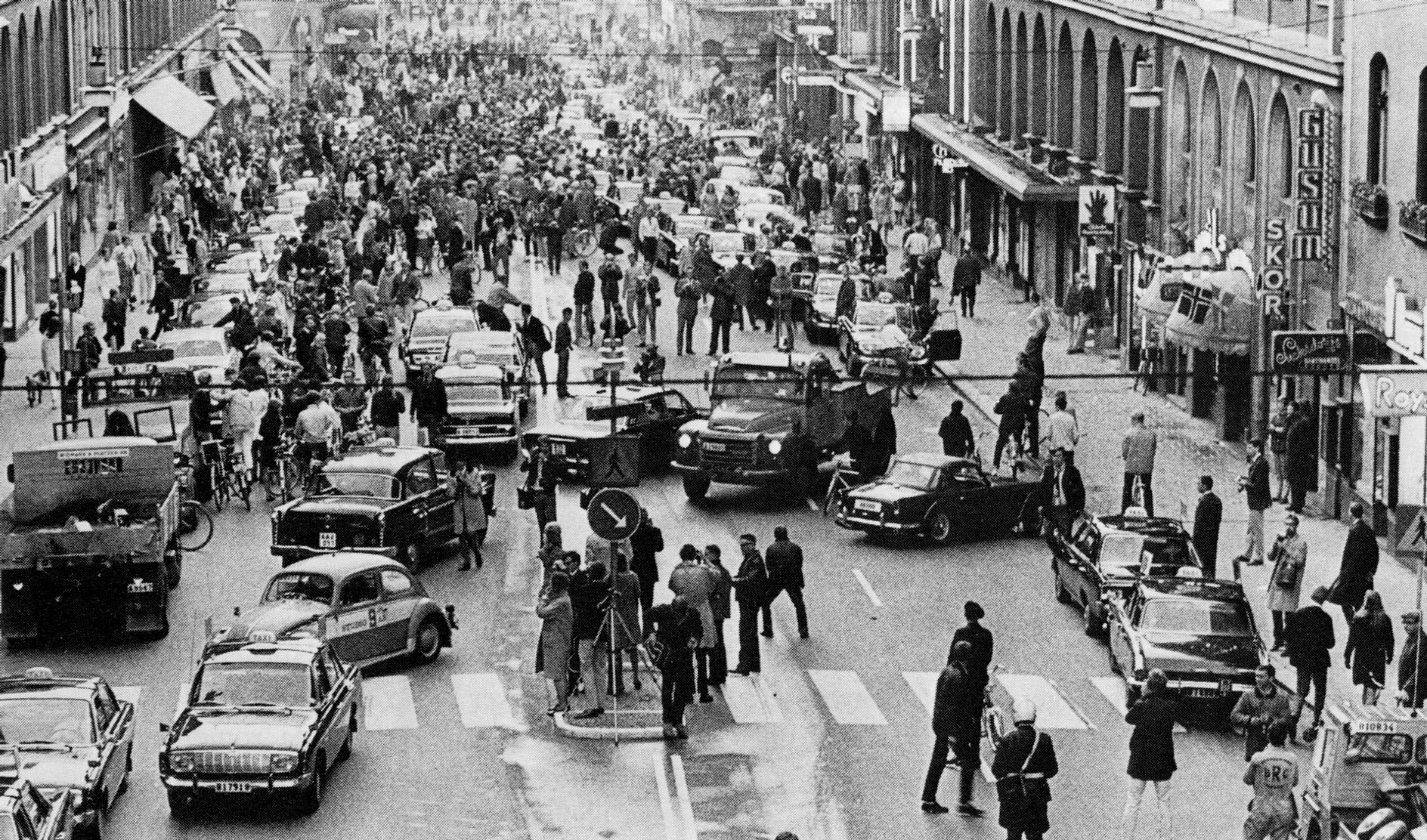 Some time ago I wrote about the land borders where cars have to switch sides. Sweden used to be in such a position. They drove on the left side of the road; their neighbours (Norway and Finland) drove on the right. The Swedish public were oddly proud of this difference, or perhaps they really didn’t want to re-learn to drive, because they voted resoundingly against switching the flow of traffic. In a 1955 referendum, 82.9% voted for the status quo and 15.5% voted for a switch – although to be fair, only about half of the eligible voters voted so it was really 41.5% for the left, 7.7% for the right, and 50.8% for “stop asking me, I don’t care.”

Nevertheless, the government of Sweden decided to switch over to driving on the right. This involved a lot of work: flipping or replacing all the road signs, reconfiguring intersections and road markings, swapping out the bus network, and organising a massive public awareness campaign. Lots of little details had to be attended to: everyone needed to switch their headlights around, for example. Headlights are designed to shine more away from the road – to avoid blinding oncoming drivers and to illuminate roadside signs and markings. So all those driving-on-the-left headlights needed to be swapped out for driving-on-the-right headlights.

The day of the actual changeover was called “Day H” (for Högertrafikomläggningen, of course). It could have been a disaster, but this being Scandinavia, it was flawless. Everyone on the roads stopped at 4:50am exactly. Then all the cars carefully drove to the other side of the road, and waited. At 5:00am, coordinated by a special radio broadcast, everyone started driving again. It must have been fun.

A few other countries have also done the switch: Okinawa in 1978; Czechoslovakia in 1939; Iceland in 1968. In that last one, only one injury was sustained, a boy who broke his leg falling off a bicycle.