Medieval warfare was messed up. The 16th century German artillery master Franz Helm suggested attaching a bomb to the back of a cat, in the hope that it would run into a fortified town and set it on fire. This was a terrible idea. 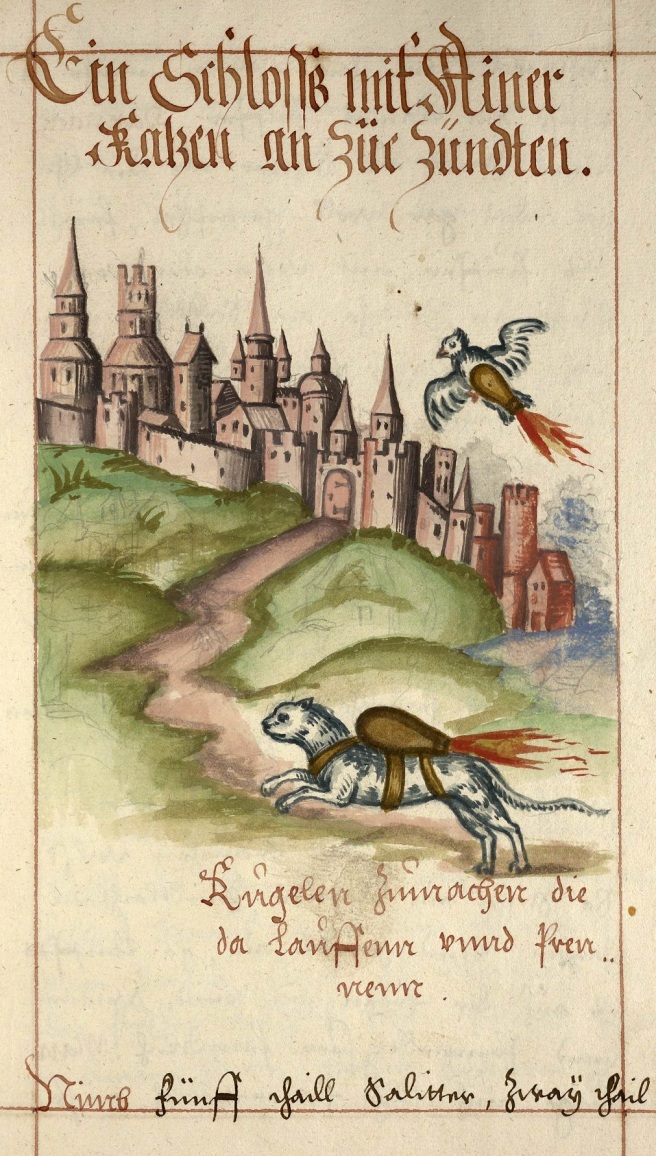 This concept is somewhat inaccurately called the “rocket cat” – after the illustrations in various editions of Helm’s book Principles of Armament (the one pictured above is from the 1584 manuscript). Helm actually proposed stealing a cat from the castle or town you wanted to attack. Once you put a little package of gunpowder on its back and light it, the cat should be so scared that it would run back home – and, of course, bring the fire with it.

Now, I’m no fan of animal cruelty, but given that this man’s chosen profession was finding creative ways to blow people up… well, I’m sure he did a lot worse. And he wasn’t the only one to suggest this tactic: the Wikipedia article also mentions foxes, sparrows, and bats as unwitting bearers of vengeful flame.