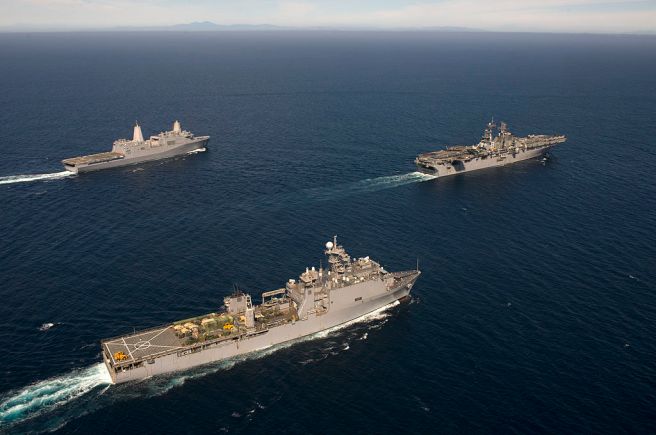 So, yeah, the whole point of an abbreviation is to make something less long and unwieldy. Why waste precious time saying “Judge Advocate General’s Corps” when you could just say “JAG corps”? Why say “Secretary of the Navy” when the perfectly serviceable “SECNAV” is just waiting to be dropped into conversation? “United States Atlantic Fleet” has a whopping eight syllables, whereas the svelte “USLANTFLT” has… um… I’m not sure how to say that one out loud, sorry.

(Side note: the most useless acronym award has to go to the World Wide Web, whose acronym “WWW” spoken aloud is three times longer than the phrase it abbreviates.)

The US Navy’s longest acronym is ADCOMSUBORDCOMPHIBSPAC, which apparently stands for “Administrative Command, Amphibious Forces, Pacific Fleet Subordinate Command.” Parsing out the acronym, it looks like the “Subordinate Command” has been rearranged into the middle of the acronym. There’s probably a good navy reason for that.

The Soviets also enjoyed abbreviations, and their longest is the fantastically inconvenient НИИОМТПЛАБОПАРМБЕТЖЕЛБЕТРАБСБОМОНИМОНКОНОТДТЕХСТРОМОНТ. According to Wikipedia, it stands for “The laboratory for shuttering, reinforcement, concrete, and ferroconcrete operations for composite-monolithic and monolithic constructions of the Department of the Technology of Building-assembly operations of the Scientific Research Institute of the Organization for building mechanization and technical aid of the Academy of Building and Architecture of the Union of Soviet Socialist Republics.”

Yeah, I can see why they’d want to shorten that one.