War of the Golden Stool

When the British colonise your country and exile your king, what do you do? If you’re a queen mother of the Ashanti Empire, you start a war. 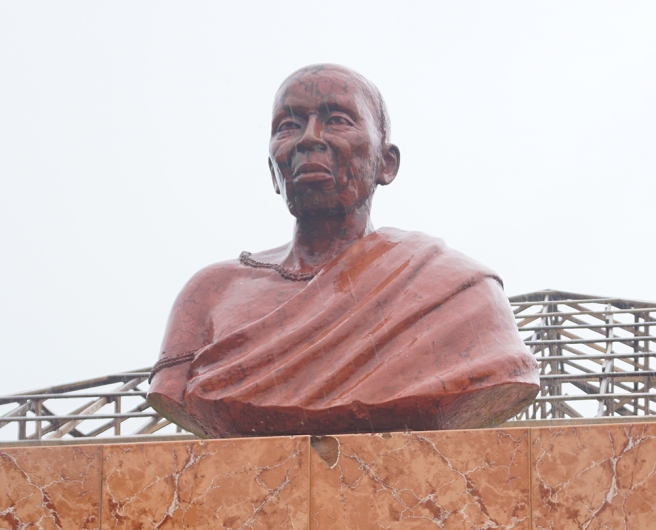 The Ashanti Empire was formed in the late 17th century CE by Osei Kofi Tutu I in what is modern-day Ghana. Central to the identity of the Ashanti was the Golden Stool, a ceremonial throne that represented the spirit of the nation and its people – past, present, and future. This stool will become important to our story later.

In the 19th century CE the British had a series of conflicts with the empire, wars over territory and sovereignty. At the end of the Fourth Anglo-Ashanti War the ruler Otumfuo Nana Prempeh I and others in the government were exiled to the Seychelles; control of the area passed to the British. But the Golden Stool did not come under British control – it was carefully hidden. The British governor-general did not take kindly to this, and demanded that he be allowed to sit on the throne (or send the throne off to Queen Victoria). Big mistake.

Yaa Asantewaa was the 56-year-old mother of one of the exiled leaders. At a secret meeting immediately after the demand for the throne, she gave an impassioned speech to the assembled council:

If it were in the brave days of Osei Tutu, Okomfo Anokye, and Opoku Ware, leaders would not sit down to see their King taken away without firing a shot. No white man could have dared to speak to a leader of the Ashanti in the way the Governor spoke to you this morning. Is it true that the bravery of the Ashanti is no more? I cannot believe it. It cannot be! I must say this, if you the men of Ashanti will not go forward, then we will. We the women will. I shall call upon my fellow women. We will fight the white men. We will fight till the last of us falls in the battlefields.

They promptly made her the war-leader and she set out at the head of a force of five thousand. The War of the Golden Stool had begun.

They caught the deputy governor-general wandering around searching for the stool and he fled to a nearby fort; the Ashanti followed and besieged him and the governor-general both. The siege would last for three months, and was only broken by British and Yorùbá reinforcements from the coast.

Yaa Asantewaa’s war eventually ended in defeat, and she too was exiled to the Seychelles, but the British never got their hands on the Golden Stool. She remains a hero and symbol of resistance to British colonialism in Ghana today.